Radio Dancing Days, open its transmissions over the digital streaming waves in 2014 and became a 24/7 Web-radio channel devoted to the best classic dance hits OF ALL TIMES. A tribute to the music often played in legendary clubs worldwide; The station will air music that comes from the vaults and special record collections of insiders, much of which has never been heard since the disco era doors shutdown.

LISTEN TO THE SOUNDS OF THE TIMES

Why Do the Songs from Your Past Evoke Such Vivid Memories?
We all know the power of an old song to trigger vivid memories that seem to transport us back in time and space. What songs bring back emotional memories from your past? The songs we love become woven into a neural tapestry entwined with the people, seasons, and locations throughout our lifespan.
Radio Dancing Days colors, shapes, and music style characterized and represents those generations and we are present in their lives thru Throwback tunes that revive the memories, behavior, and events of long past moments.

The Evolution of Dancing Music From the 60s 70s 80s & 90s
Janis Joplin with her voice which changed the concepts of era expressions, later bringing Marvin Gaye, James Brown, Elton John, Bee Gees, Donna Summer, Barry White, Gloria Gaynor, Michael Jackson, and many other super talents.
The Evolution of Dance. Through the years from the Blues, Soul Music, Pop, Rock, Disco and today Hip-hop, together they all created the sweet combination of dances, fashions and body language of a new era.

The mixture of sensuality with expression, which rises in the late 60s and evolves through the 70s and 80s. An unforgettable encounter between Michael Jackson and James Brown scoring the influence of Soul music of the 60s, 70 in the 80 Dancing music.

Join us as we go back and listen to some of the greatest music ever recorded. Music that today remains relevant.

Radio Dancing Days is a project of executive producer, Francisco Das Chagas. The web-station mission is to rescue and bring good music, bringing over 40 years of music and historic events that marked epochs, awakening memories, and feelings. Give us a listen. We’re sure you’ll enjoy the great songs from the ’60s, ’70s 80’s and ’90s. We’ll even throw in some good 2000’s for good measure. You’ll hear the great classics hits, and we’ll even do some deep diving into the Vinyl,8-Tracks, Casset Tapes, & CDs. 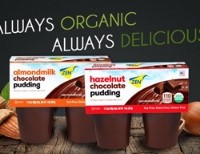 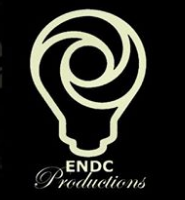